Skip to content
Previous Next
McLaren 765 LT: an extraordinary supercar 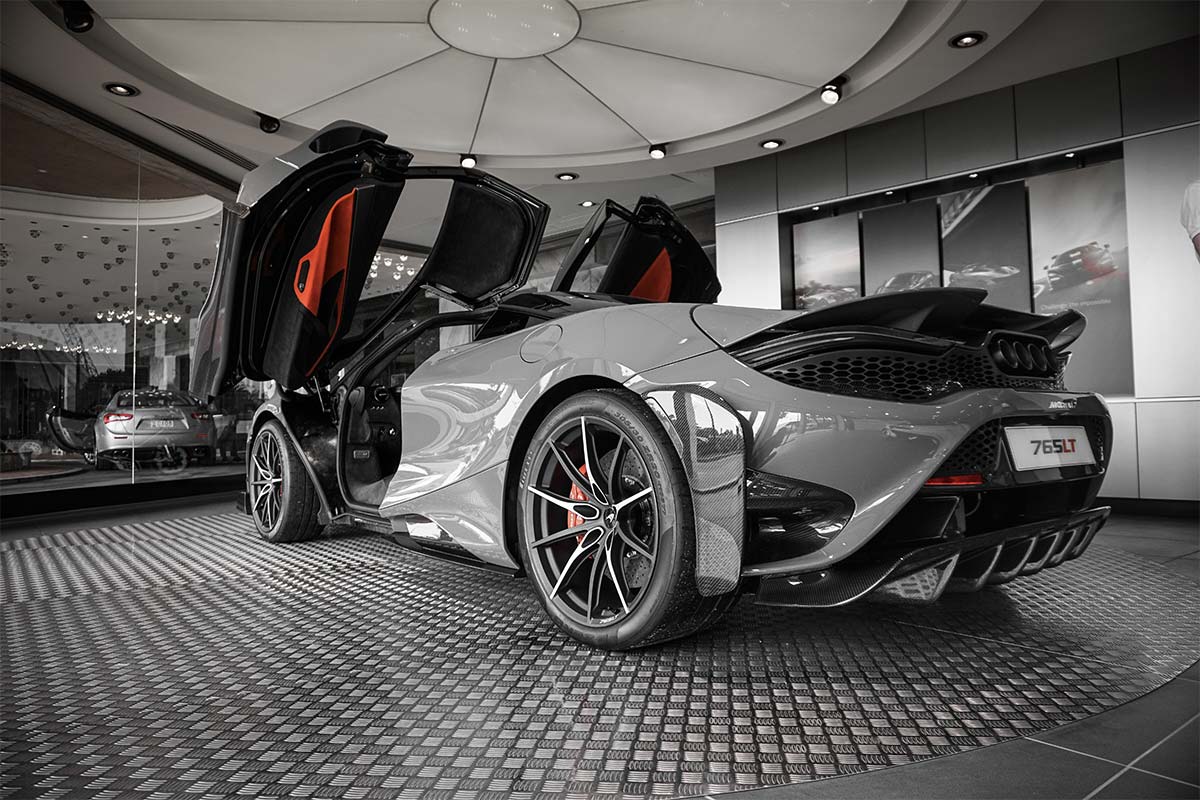 We were once again fortunate to be invited to the Monegasque McLaren dealership, for the presentation of the incredible 765 LT (long tail), the newcomer to the brand’s Super Series category.

In terms of weight, it gains 80 kg on the scale, compared to the 720 S version (which already provided exceptional performance). At this level of technology, each kilogram gained represents a real feat of engineering.

Guided by Christophe Capion, the sales manager, we were able to examine the beast in every detail. 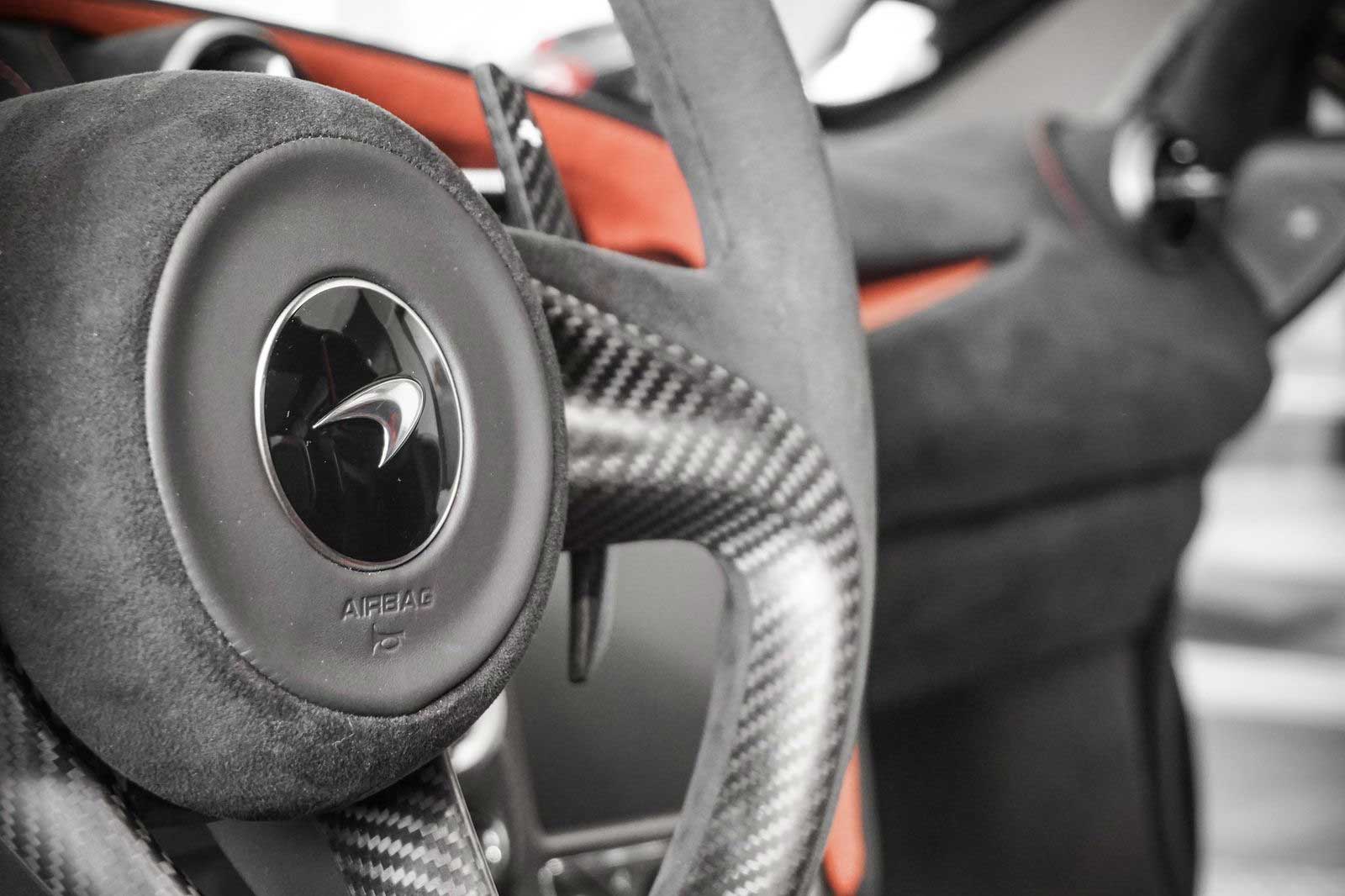 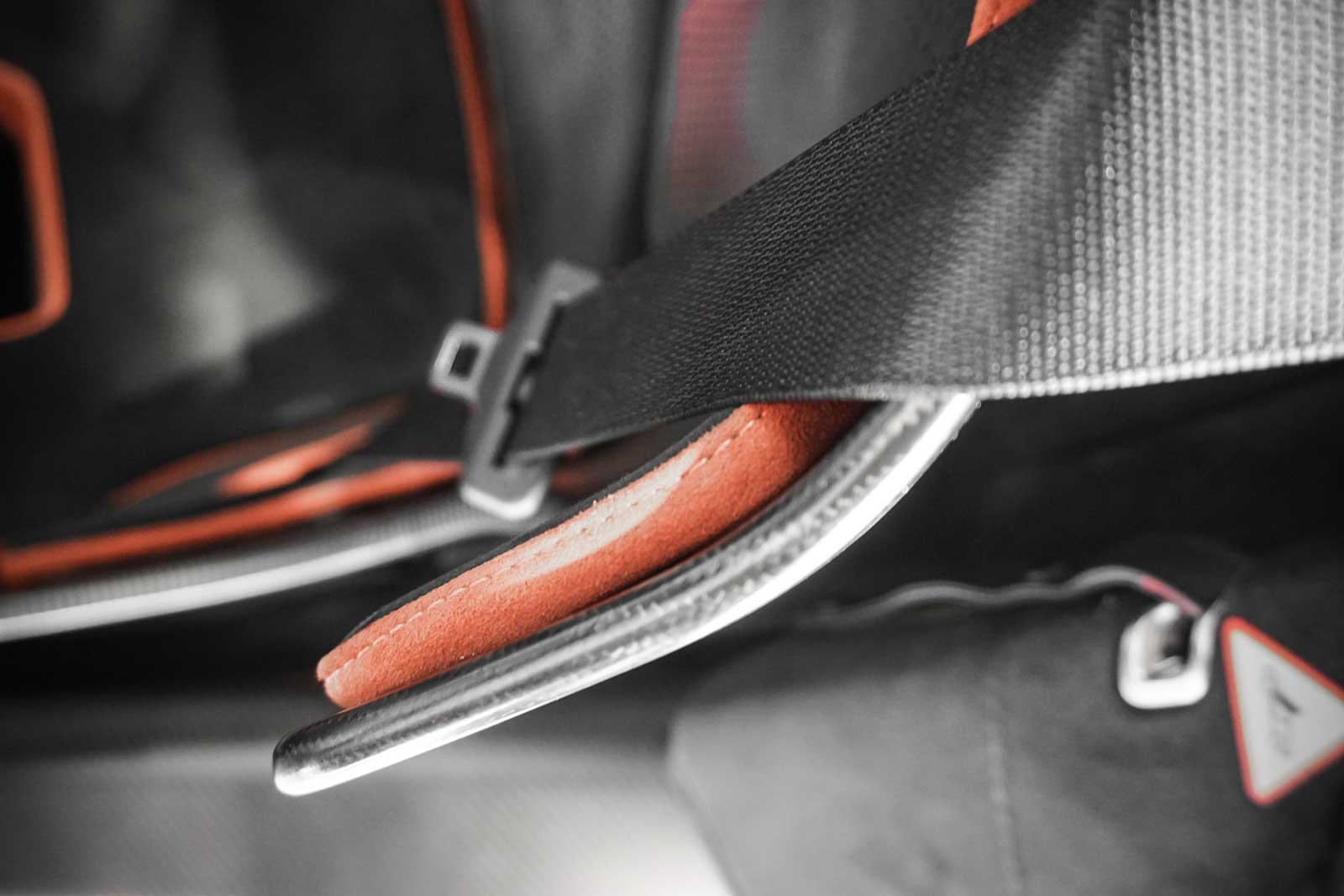 In addition to the significant weight gain compared to the 720 S, the 765 LT provides 25% more downforce. As the name suggests, the car develops the phenomenal power of 765 hp.

On most models, the seats of the P1 are used, on the model presented here, the famous seats of the Senna are fitted to the interior.

The engineers have done a titanic job to drive out the slightest superfluous gram. Imagine:

-18 kg thanks to the massive use of carbon fiber for racing seats
-22 kg on the wheels, thanks to forged titanium rims and Pirelli Trofeo tires specially developed for this model
– 14.3 kg thanks to new carbon fiber interior panels and a new super light alcantara coating
-10 kg following the absence of air conditioning (fortunately available as an option)
-3.8 kg thanks to a new exhaust, entirely in titanium
-3 kg using the latest generation lithium-ion battery
-1.5 kg due to the absence of audio system (available as an option)
-6 kg consecutive to the use of extra-thin glazing and polycarbonate
-2.4 kg with the absence of groundsheet (and yes!)
-2.5 kg thanks to the use of carbon fiber for the central tunnel and the door structure
-1.5 kg saved by optimizing the suspensions

The addition of certain high-performance accessories (Senna brake calipers and high-flow fuel system) still resulted in a slight overweight of 5 kg. Despite everything, the 765 LT ultimately gained 80 kg on the scales: a real success! 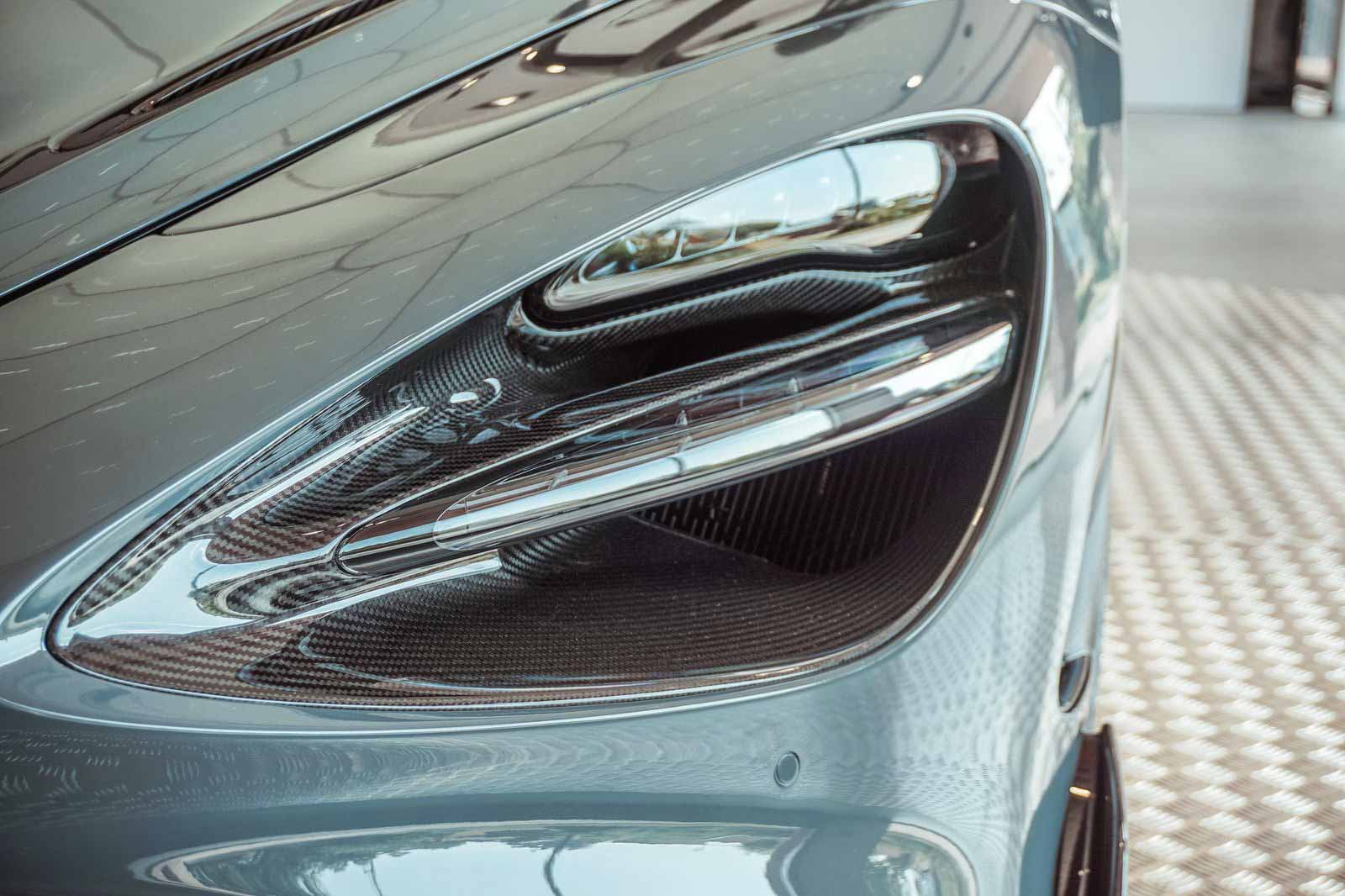 765 copies of the coupe will be produced and a spider version is announced for 2022.

When we get into the cockpit of the 765 LT, it all seems obvious. The engineers have never omitted the essential, which constitutes the DNA of the brand: the privileged position of the pilot.

We are of course thinking of the creator of the brand, New Zealand driver Bruce McLaren. Despite the few years during which he remained at the helm of the company that bears his name, and despite his early death in 1970, he has managed to infuse the brand with values ​​that have never been lacking.

McLarens remain exceptional cars, inspired by the race, cut for the race, and whose design has only one goal: efficiency.

We are not talking here about the delirium of engineers or engine manufacturers, but indeed of an osmosis of talents, in favor of a cutting-edge design, entirely focused on the performance and comfort of the pilot.

This feeling is hard to describe, but when you sit in a McLaren you feel that all the work that has been put in, from design to getting started, is only aimed at giving the driver pleasure and satisfaction. All the controls fall perfectly, a slight movement of the hand is enough to access the main organs. The visibility is perfect and the maintenance of the seats ideal.

Buyers who choose the “real” lightweight version will be rare. They will have to agree to spend more than 330 k € while doing without air conditioning, sound system and even floor mats! However, it is they who represent the heirs of a line of purists, which seems to be gradually dying out, in favor of gentlemen drivers, certainly with the steering wheels of racy supercars, but nevertheless very burdened by the various driving aids. and the various gadgets of modern comfort. As a reminder, the 765 LT develops the monstrous weight / power ratio of 622 hp / 1000 kg … 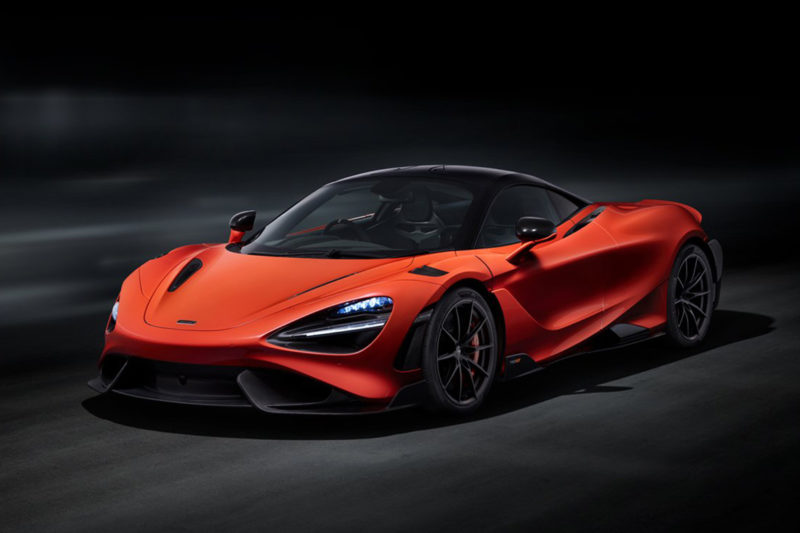 Thanks to the McLaren Monaco team

We would like to thank once again Christophe Capion (Sales Executive McLaren Monaco), for his kindness and availability, as well as the passion with which he shares his encyclopedic automotive knowledge.

A word also to thank Manon Duraffourd, for allowing the organization of this meeting.

Did you enjoy reading? Discover our article dedicated to the McLaren 620R!